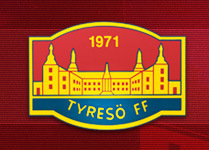 
Tyresö FF, based just south of Stockholm, has over 1500 members from 6 years and upwards. In 2013, we participated with more than 80 teams in the different leagues. We conduct both breadth and elite activities. For the very young, we have our football school and for the older girls “Flickallsvenskan" as well as 1st division for women.

Tyresö FF F01 is one of the top teams in Sweden
TFF F01 just qualified to the elite division and will be competing against the best teams in the Stockholm region next year. The team has also doubled and played in the series for one year older girls to be challenged and excel in their football skills.

Example of achievements during last years

information can be found on http://www.svenskalag.se/tyresoff-f01

Djurgårdens DFF F01:1 is a team based in the eastern part of central Stockholm with Östermalms Idrottsplats as it's home ground. The first team, consisting of a very talented and tight group of players, work hard together with the training staff with very high ambitions both in developing the players' football skills as well as developing the team as such. The team seeks highest possible challenge for it's players both in training and in opponents in matches such as girls' teams born in 2001 on the highest level, girls' teams born in 2000 and 1999 and also against boys teams born in 2001.

As a result, the team is one of the top teams in Sweden and Scandinavia and has reached many trophies during the years since the team was founded in 2007/2008. Here are some of our achievements during the 2014/2015:

More information about the club and team can be found on the team's homepage:

Nummelan Palloseura (NuPS) is a Football Club that comes from a small village situated about 50 kilometers northwest from capitol Helsinki. NuPS has about 500 members, of which 140 girls, so the club is not nearly one of the largest in Finland, but we have good training conditions throughout the year.

In this age group F01 we have been lucky to have over 20 enthusiastic girls and so inspirational trainers that we have been able to offer the girls the possibility to train and develop in their own neighbourhood even when competing at the highest level. So we have been teasing the bigger Clubs in Finland year after another. And not only teasing, we have maintained our place as one of the top teams in Finland in this age group for several years now.
Girls have won many trophies in tournaments and leagues both in Finland and abroad, most memorable of those being:

Team's homepage (In Finnish only):
http://www.nups.fi/joukkueet/943 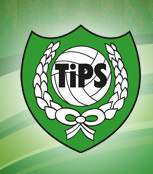 Tikkurilan Palloseura (abbreviated TiPS) is a football club from Tikkurila in Vantaa, Finland. The club was formed in 1958 and its main catchment area is East Vantaa. With over 1000 licensed players at the end of 2014, Tikkurilan Palloseura is one of Finland's largest football clubs, bringing together players and officials from different backgrounds. The club provides coaching and training programmes to ensure equal opportunities for everyone to participate, develop, practice and compete.

TiPS T01 is team for girls born in 2001 currently including 34 players. Team has two playgroups: Black (Musta) competes at the highest level and Green (Vihreä) at the second highest level in Finland. Biggest achievements in 2014 were bronze medals from unofficial Finnish Championships in August and semifinals in Gothia Cup. In 2015 the main goal is to develop individual players both skillfully and tactically. We believe that we have chance to win every game we play.

Pallokerho-35 has its own roots in Vyborg (Viipuri), the once-thriving capital of Carelia. Viipurin Pallokerho sports club was established there in 1935. After the wars, the club was relocated to Helsinki and was renamed to Pallokerho-35 (Ball Club-35). Team shirts red and black colours are based on the colours of the Carelia province. Pallokerho 35´s slogan is "A Flame in the Heart of Helsinki". PK-35 womens team and also our B- 18 girls won the Finnish championship in 2014.

The PK-35 C-14 girls is a goal-oriented competitive team. It is one of the most successful teams in its own age group in Finland. Our main goal is to develop individual players both skillfully and tactically and that is why most of the girls also represent the Helsinki district team. The team has won several tournaments and trophies for example in 2012 the team won Stadi Cup in June (the biggest girls tournament in Finland) and 2014 the unofficial Finnish Championships in August, and became third in Selected Team cup in Linköping. 2015 in January the team won the Ronaltiina Cup in age group G-15.

Rönninge Salem Fotboll F01 is a team located south west of Stockholm. During the last years the team has proven to be one of the top teams in Sweden and also compared with international competition. The team has every year been in the top of the highest league in Stockholm (St Erikscupen). Some of our achievements are:

Staffanstorp is a small town situated between Malmö and Lund in the south of Sweden. Staffanstorps GIF is a club with about 500 members.
We have a great venue with two grass pitches and three artificial turf pitches.
Together with Malmö FF we have football classes from 7th to 9th grade.

Example of achievements during last years:

FK F01 is a team from the North part of Sweden. The team consists of 18 players. We have participated in following tournaments; PSG, UFF, Örebro cup, Tjejsistan and Vasa cup.

We have won Tjejsistan all 5 years and got 3rd place in PSG.

Ilves F01 comes from Tampere, Finland. We are one of the best teams in Finland in this age group. We train five to six times in a week all around the year including the games. In addition, some players take part in morning training or some other extra training regularly. During summertime we play in different series at different levels (local series, district series). Sometimes we also train by playing against boys. During wintertime we also play indoor football and in March we are going to play in a Finnish Championship Tournament for girls aged 14-15 years.

IF Brommapojkarna F01-1 is one of the top teams in Stockholm and Sweden. In 2014 the team won St Erikscupen G13 North, St Erikscupen G13 Play-off, Slaget om Stångebro in Linköping and McDonalds Cup in Sundsvall. The team consists of 23 girls who are passionate about football and who are working hard to improve their skills and abilities on the football field.

More information (in Swedish) could be found at the team's website:http://www.laget.se/BPF01_1

Ingarö IF is a club based in the Stockholm archipelago, just east of Stockholm. The club has approximately 1,200 members of which 660 are active in the football section.

Ingarö F01, despite its small size, has done very well over the years and is considered to be one of the top clubs in the Stockholm area. Ingarö has qualified to the elite division this year and will also, as in previous years, compete against one year older girls in the Stockholm region.

Example of achievements during last years

Vaksala SK from Uppsala was founded 2002 and is now one of the largest football clubs in region. We offer Knattefotbollsskola from the age of 6 and have teams all the way up to our three womens teams where our first team plays in Div 1.

Our F01 team has been competing at the top level in Sweden for the last years. They have also played against older competition since the start in 2008 in order to offer the players challenges at their individual levels. 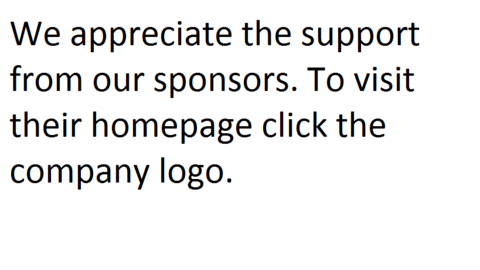 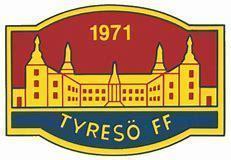 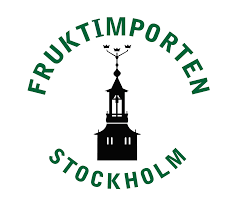